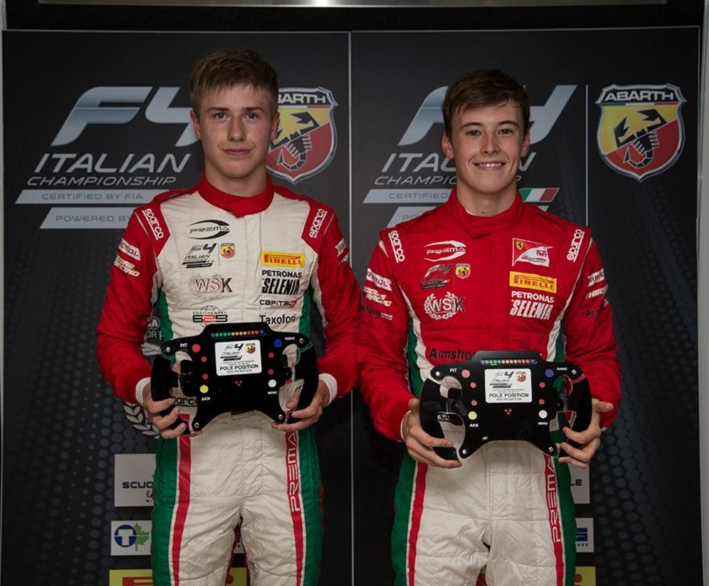 The New Zealander Marcus Armstrong (Prema Power Team) continued his great form displayed at Vallelunga by recording the fastest time in the first session of qualifying (which determines the grid for Race 1) for the Italian F4 Championship powered by Abarth. 1:48.230 for the championship leader, ahead of his team mate, the Estonian Juri Vips with a time of 1:48.253. Third is the driver directly behind Armstrong in the championship, the Italian Lorenzo Colombo (Bhaitech) with 1:48.295. In the second session, thanks to lower temperatures, the times were considerably quicker: 1:47.489 for Juri Vips, fastest and therefore pole position for Race 2. A great second place for the Rookie Leonardo Lorandi (Bhaitech), 1:47.610, just six-one-thousandths of a second ahead of this team mate Sebastian Fernandez.

– Fourth in the second session was Marcus Armstrong, right ahead of the driver who is trailing him in the championship, Lorenzo Colombo. Followed by Enzo Fittipaldi, Job Van Uitert, the Russian Artem Petrov (DR Formula), Kush Maini and Aldo Festante.

– All races count towards the championship; the outright Driver’s Championship, the Rookie Trophy (for series debutants), the Women’s Trophy and the Team’s Trophy.

– Fans can watch the racing Live on Sportitalia (Channel 60 and Sky Channel 225) or streamed directly through www.f4championship.com or through the official WSK Promotion app.