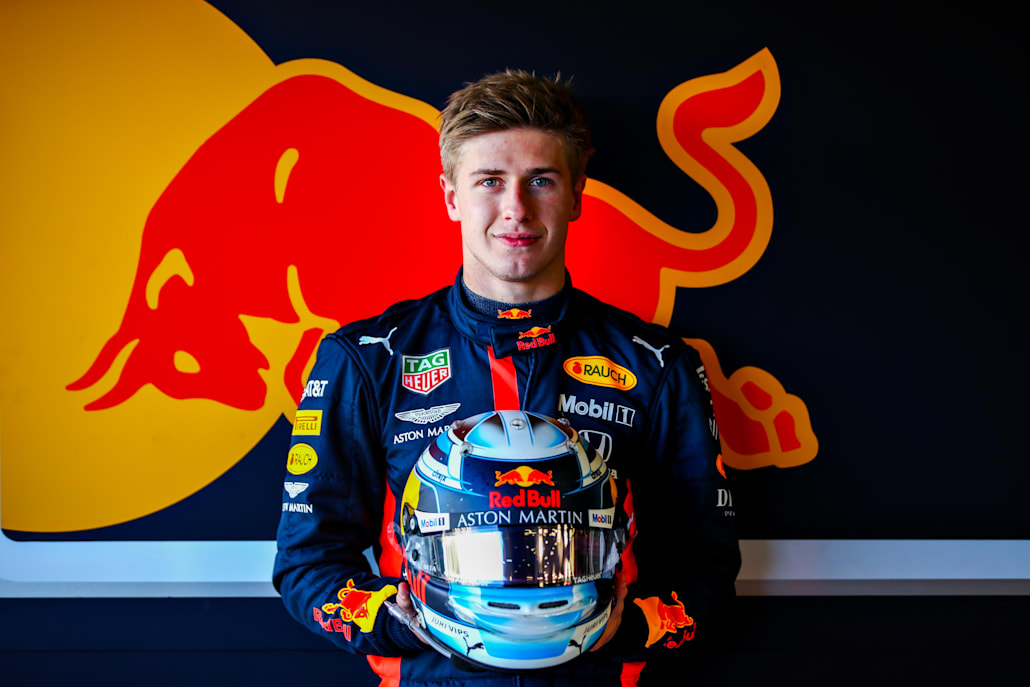 Red Bull Junior driver Jüri Vips and Sébastien Buemi set to drive for the Team at the post season test in Abu Dhabi.

Red Bull Junior driver Jüri Vips is set to make his Formula One test debut alongside experienced Test and Reserve driver Sébastien Buemi at next week’s post season test in Abu Dhabi.
Vips, who joined the Red Bull Junior Programme in 2018 after a title-winning charge in the German Formula 4 Championship, went on to finish as runner-up at the Macau Grand Prix in 2019.

This year, in a 2020 season disrupted by the global pandemic he scored his first FIA Formula 2 podium at Mugello during an eight-race cameo in the F1 feeder series.
With two cars set to run in Abu Dhabi, Jüri will be joined at next week’s test at Yas Marina Circuit by longstanding Test and Reserve driver Sébastien Buemi.

“I’m extremely grateful for the opportunity that Aston Martin Red Bull Racing have given me to drive the RB16 at the Young Driver Test in Abu Dhabi. This will be the first time I get to drive a current Formula One car as I did my 300km in an RB8.
There will be a lot to learn but I will make sure I prepare as much as I can and it has been good for me to be with the Team as reserve driver for the last few races.”- Jüri Vips