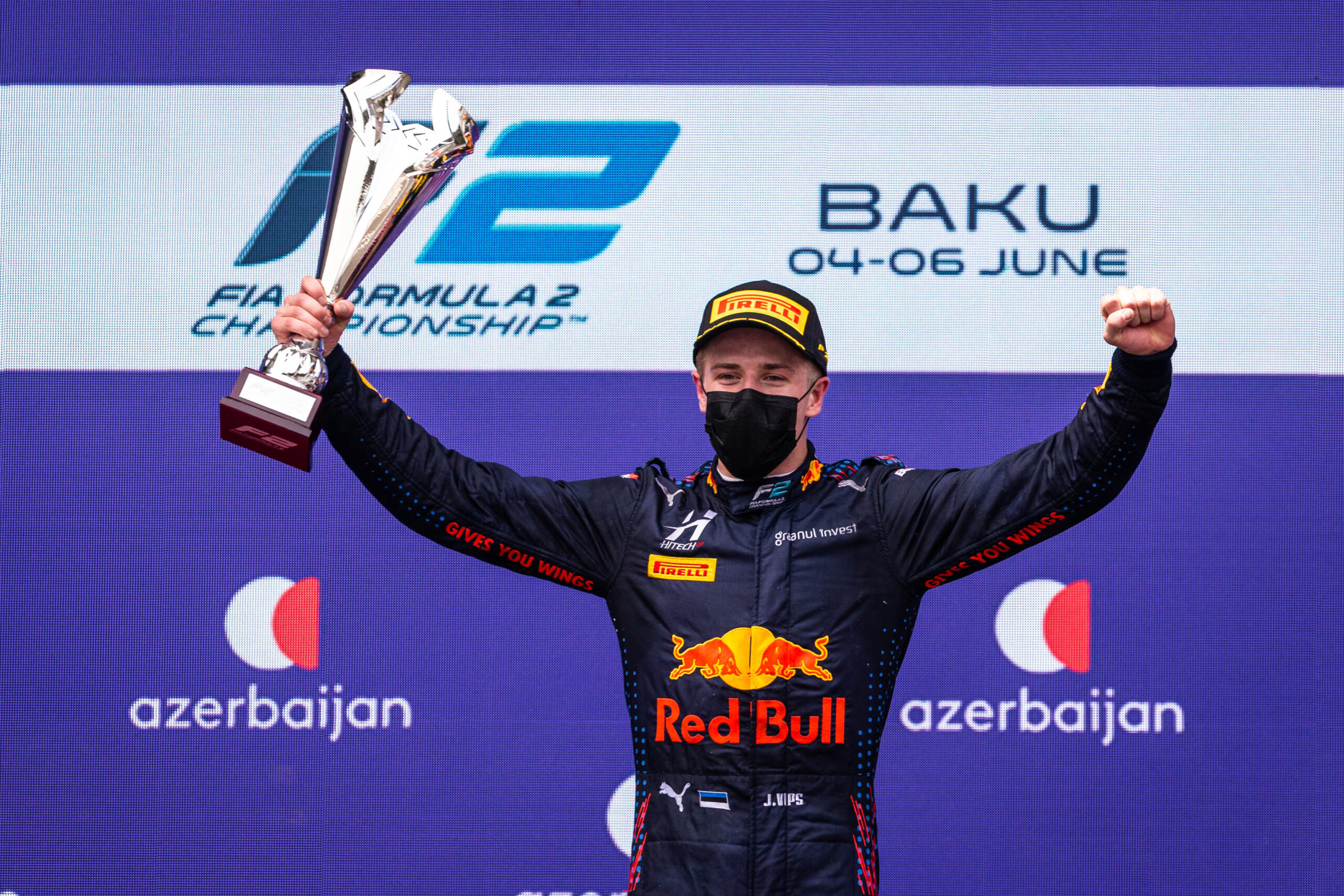 Jüri Vips followed up his career first F2 victory, achieved in brilliant style in Race 2 on Saturday, with an equally impressive Feature Race win on Sunday in Azerbaijan.

Vips puts it all together

“I know that I push like a maniac always so I’d like to think that I made a bit of a difference as well, but honestly, I give massive credit to the Hitech boys because our car was really really good all weekend. So huge thanks to them,” enthused the 20-year-old Estonian who leaps to 4th in the title chase.
“You know I really think that the first two weekends could have been the same, we just didn’t capitalise on the opportunities we had and the pace we had. This weekend we just put it all together. We’ll just try to do the same from here onwards.”
He had said that staying out of trouble was the key at Baku. “I think that that quote you can really relate to Race 2 yesterday because I think that there were some moments when the race could have ended very easily if I would have tried to attack a little bit harder. Some people were doing some crazy moves and I managed to stay cool and stay out of trouble and just use my pace advantage.”
“Race 3 was really good, I felt confident in our pace, when it came to the pit stop I pushed like crazy on the pit entry, the boys did a fantastic pit stop as well which helped and my out lap was the fastest of anyone as well so it was pretty much the perfect race I would say.”