Vips to remain with Hitech Grand Prix in 2022 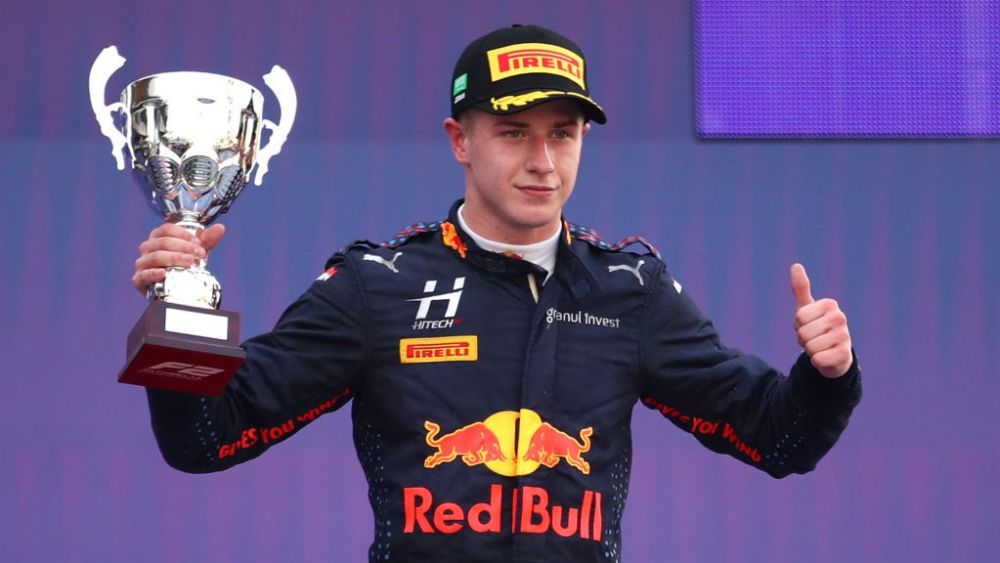 Hitech Grand Prix have revealed that Red Bull junior Jüri Vips will remain with the team for a second season in Formula 2.

Vips’ relationship with the British outfit first began in Formula 3 in 2019, where he notched one pole, three wins and a further podium, finishing fourth. The Red Bull backed driver initially made his F2 debut in 2020, competing for four rounds with DAMS, where he took 16 points, including a podium.

Making the jump to F2 full-time for 2021 with Hitech, the Estonian became the first driver to win twice in a single weekend at Baku, taking his first victory in the second Sprint Race, before clinching the Feature Race win to boot.

Scoring four further podiums throughout the year, the 21-year-old ended his first full campaign in sixth, before taking on Formula 1 machinery with Red Bull at the Young Driver Test in Abu Dhabi.

“I’m thrilled to be joining Hitech for another year,” said Vips. “We built a strong relationship in 2021, which enabled me to get to grips with the car and work closely with the team to ensure we gave our very best throughout the season.

“I’m looking forward to fighting for more victories. Massive thanks to Red Bull for their continuous support.”

With nearly six years’ of single-seater experience behind him, Vips’ CV also boasts race wins in European Formula 3, Italian Formula 4 and ADAC F4, while he finished as the runner-up in the 2019 Macau Grand Prix with Hitech.