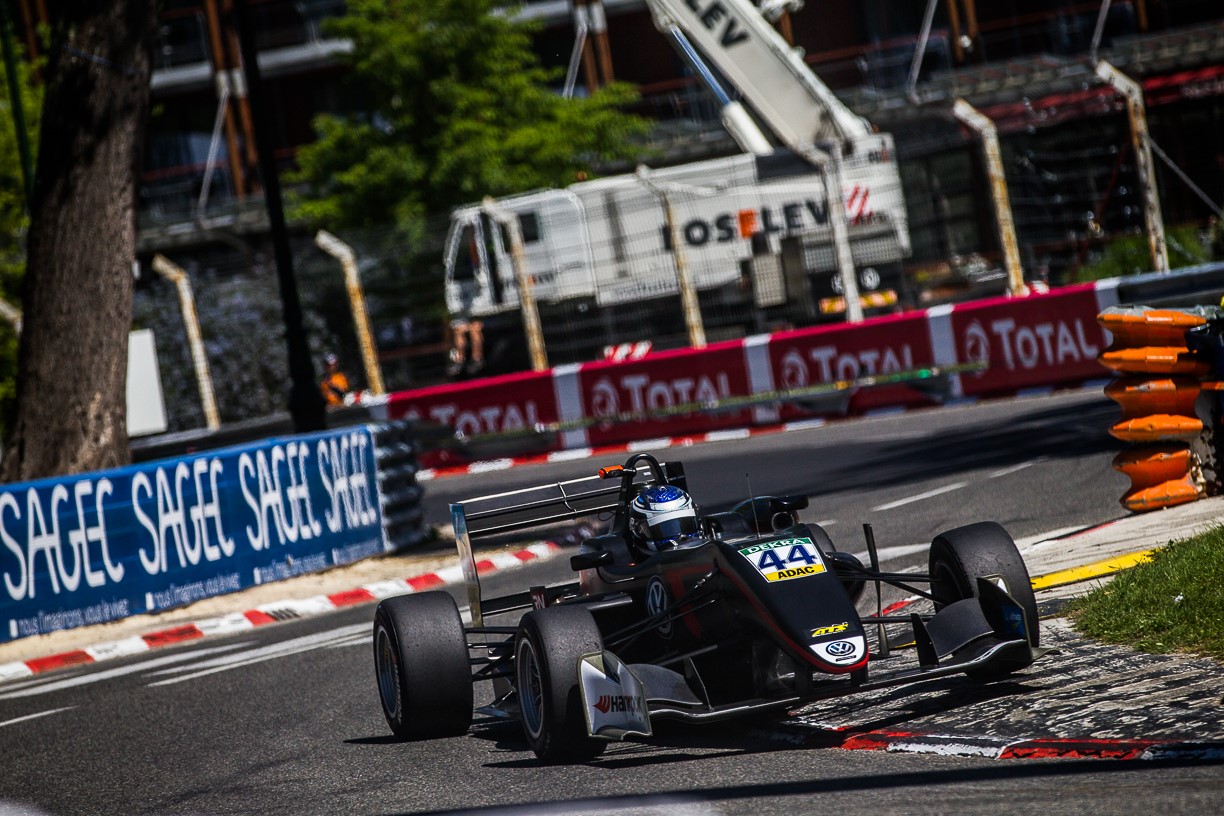 Young Estonian Jüri Vips was out of luck in the opening round of his rookie season in the FIA Formula 3 European Championship on the challenging streets of Pau, but did score his first point in the series.

Vips, the reigning ADAC German Formula 4 champion, earned plaudits for a superb performance in free practice in his Volkswagen-powered Motopark Dallara, but dramas in qualifying set his weekend back significantly.

Pau is a notoriously difficult circuit, but Vips went sixth fastest in free practice with a highly confident performance. He was the quickest of those never to have previously driven the French circuit, by 0.3 seconds. The 17-year old from Tallinn was in the hunt for a strong grid position for the opening race, but contact with the wall exiting the Foch chicane damaged the suspension and cost him the crucial last few minutes, meaning Vips would start from 12th. He made progress in the race, finishing 10th after a race-long battle with Motopark team-mate Marino Sato for ninth.

In wet weather, Vips was in sparkling form early in the second qualifying session, and was a contender for pole position. But after only a few laps he braked on a slippery white line into the Pont Oscar left-hander, and crashed into the wall. With the track gradually drying, this consigned him to lowly grid positions for races two and three. Another battle with Sato in the second race cost him ground when he ran wide at the Lycee hairpin, while Vips rose to 12th in the final race – the historic Pau Grand Prix – which was red-flagged early on due to treacherous weather conditions.

Jüri`s comments about the race:

It’s unfortunate, because the pace has been there all weekend, but in qualifying I guess my confidence was just too high. The first laps when I went out there, it was actually crazy. Everyone was telling me to do an easy build-up because the circuit is tough, but I didn’t find it hard to get confidence – but then I guess that confidence has been my problem this weekend!

The potential was there but I was overambitious I would say, and I wasn’t able to get a clean qualifying session. Because the circuit is so tight in Pau, there’s not much you can do in the races. I tried a move in the first race around the outside of Marino and Jehan Daruvala at the first corner after the full-course yellow, but I ran wide.

I tried another move on Marino in the second race but it didn’t work, although it didn’t really affect the end result. That race was more like a test session. The last race was quite OK – I avoided the chaos and the pace was good. The visibility was almost zero and it was right to red-flag it. I could have got some points if it had continued, but it is what it is.”

The next round is at the Hungaroring in Hungary on 2nd-3rd June.