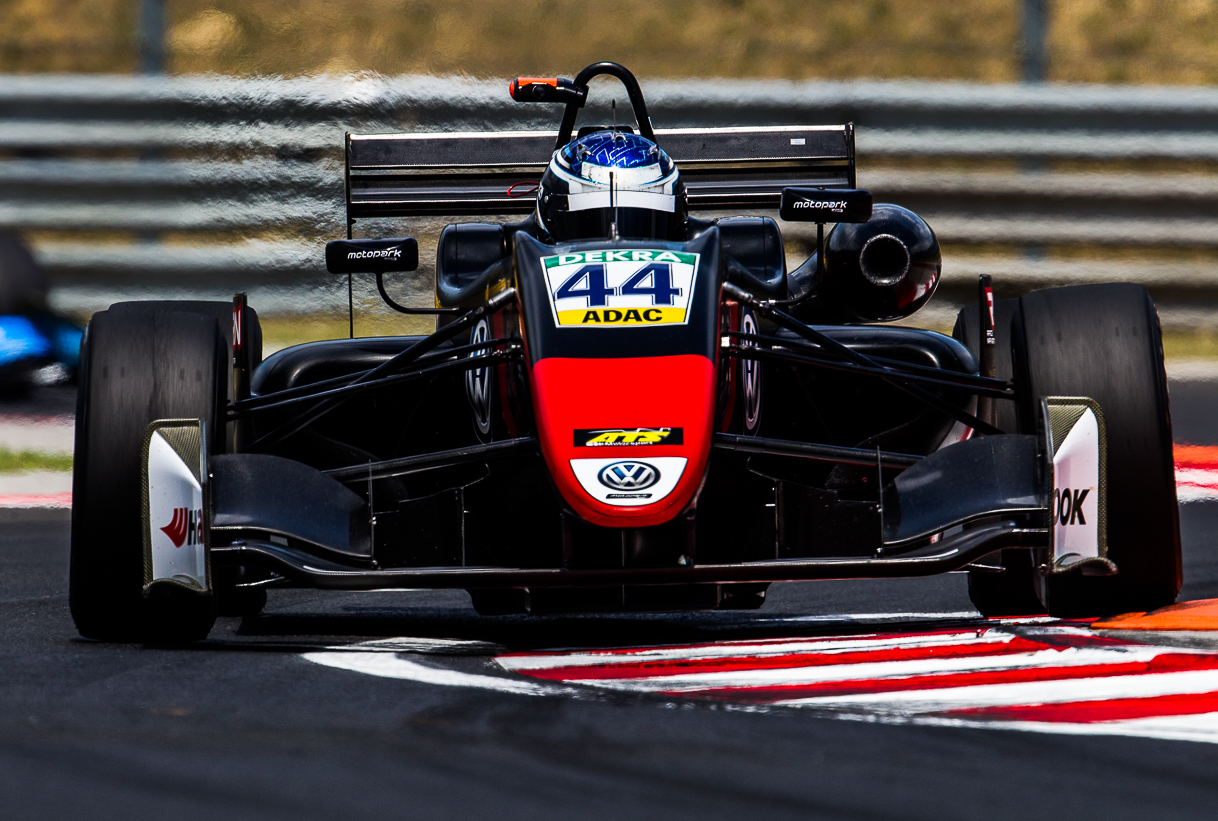 Estonian racing talent Jüri Vips had a strong weekend in the second round of the FIA Formula 3 European Championship, scoring two rookie podium finishes and his best overall position to date of fourth.

The 17-year-old from Tallinn did a superb job during the chaotic opening laps of the first and third races of the weekend at the wheel of his Volkswagen-powered Motopark Dallara. In the first race, he rose from 10th on the grid to sixth, and second place in the rookie class. In the third and final race of the weekend, he went from eighth to fourth, again the second-best rookie.

Vips immediately latched onto the leading five drivers in the opening race, but as the race wore on he fell away, eventually fending off Enaam Ahmed to take sixth position. In the final race, he could even have snatched third place on the opening lap, only to be denied in a frantic battle with Mick Schumacher. An early virtual safety car period gave him another chance to deprive Schumacher of an overall podium, but the German held firm.

Vips qualified 12th for the second race, but he jumped the start, earning himself a five-second penalty, and then to make matters worse he stalled. He did some strong overtaking to recover to 17th place on the road, although his penalty relegated him to 18th. Jüri´s comments about the race:

“Free practice didn’t start very well for us. We were just figuring out what to do with the car set-up. But my team-mate Dan Ticktum was really quick and we improved things for first qualifying.

In race one I had a really strong start. I struggled a little bit because of my brake balance. It was damp at the start and the brake balance killed the rear tyres, so that compromised my pace. But I was happy with P6, and it was quite a nice race.

Second qualifying wasn’t bad, but I was unlucky. I was 12th fastest, but it was just 0.07 seconds to P7! I got the position of my foot wrong on the pedal and just jumped the start, and then I stalled it. But at least I made some overtakes and my pace was OK.

The final race was really good. There were a lot of incidents on the first lap and I overtook Guan Yu Zhou into Turn 1. Then Alex Palou had a puncture. I tried to pass him on the right up to Turn 4, and I think if Mick had followed me on that side I would have been P3. But instead he went to the left and did a really good move on me at Turn 4. He lunged me into there, and just about made the corner.

I had good racing with Mick for half a lap after the VSC ended, but he defended really well and he had good pace throughout the race. So it became important to maintain the gap to Guan Yu behind me, and I did that. It was a satisfying end to the weekend.”

The next round is at the Norisring in Germany on 23rd-24th June.