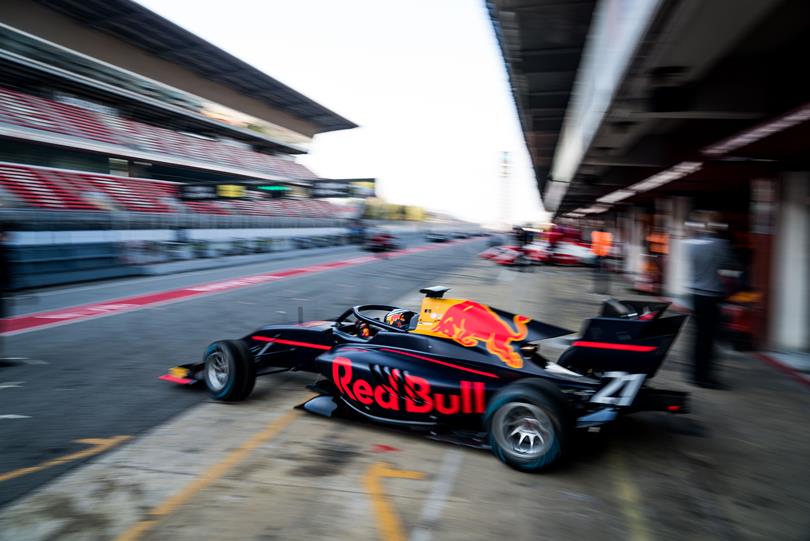 Hitech GP announced that Jüri Vips will be joining the Silverstone-team in their 2019 FIA Formula 3 campaign. The 18-year old Estonian driver will be backed by Red Bull in the Formula One support category.

Following a successful season in European F3, claiming second place in the Rookie championship and fourth in the drivers’ standings, Vips got behind the wheel in his first race as a new member of the Red Bull Junior Team at Macau. The Estonian also took part in the GP3 Series post-season tests in Abu Dhabi, finishing 12th fastest.

With a third-place finish in 2018 FIA F3 European Championship, Hitech GP will field the 2019 FIA F3 Championship in brand-new machinery.

Reflecting on his signing with Hitech GP, Jüri Vips commented: “I’m really excited to join Hitech GP for 2019. So far, the team has impressed me a lot and I really like the way they work. FIA F3 will be a very competitive championship and it will be tough to win, but it’s great to see how motivated everyone is to achieve one common goal of ours.”

Hitech GP’s Team Principal, Oliver Oakes commented: “I’m delighted to have Jüri join us for the new for 2019 Formula 3 Championship. I have known him for several years and we saw he came on really strong throughout the second half of the F3 season – what a talent he is! We are looking forward to fighting for victories with him in 2019. As a company we are also looking forward to working closely with the Red Bull Junior Team.”