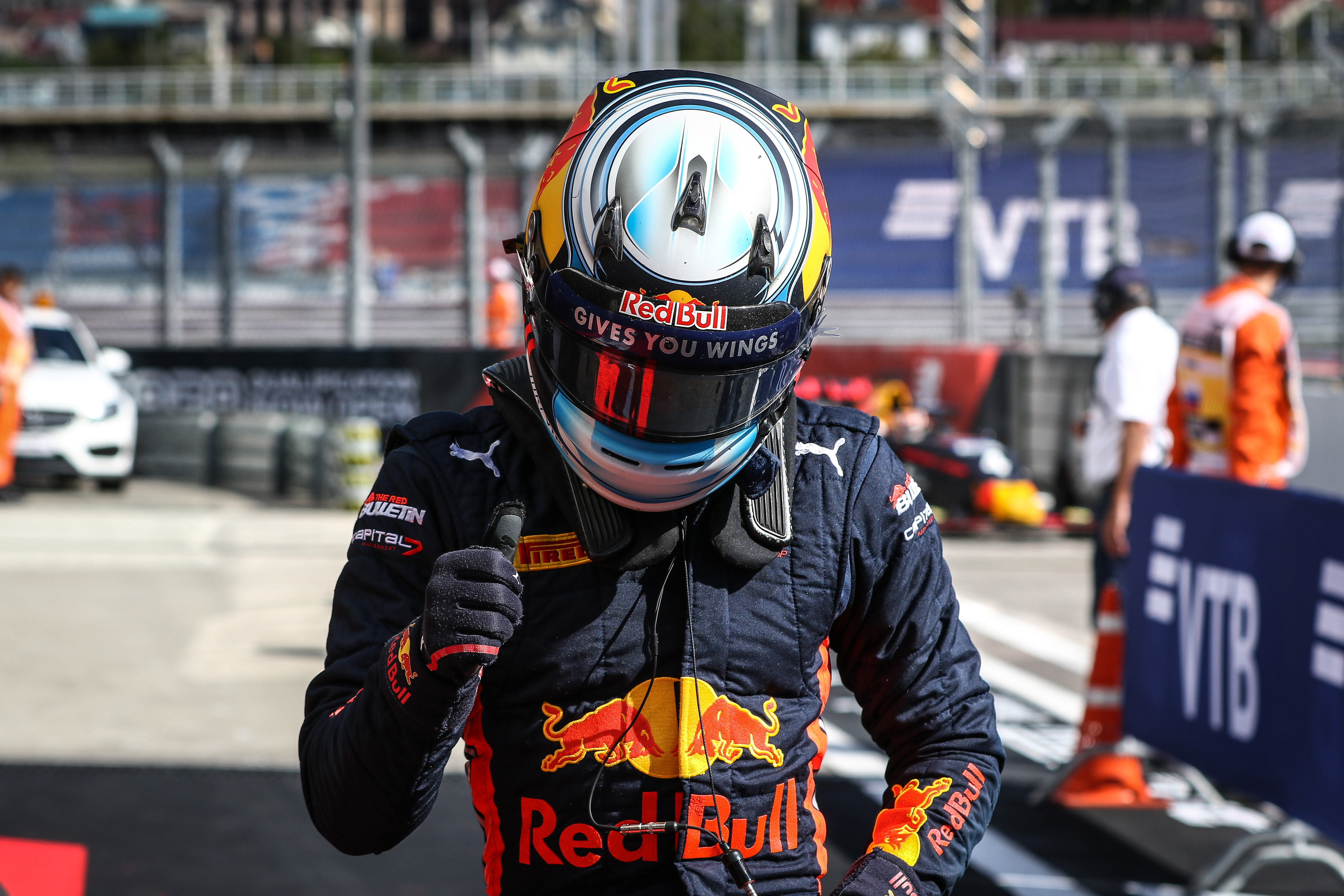 ESTONIAN WINS AHEAD OF ARMSTRONG, WHO CLAIMS P2 IN THE CHAMPIONSHIP

Jüri Vips closed off the FIA Formula 3 season with his third victory of 2019, dominating Race 2 from start-to-finish, with an electric lights-to-flag performance. Drama played out behind him, as Marcus Armstrong ran rampant, rising from seventh to second to secure P2 in the Drivers’ standings. Champion Robert Shwartzman ended the campaign on the podium, with third place.

Temperatures had risen to 20 degrees as the session got underway, following a brief spell of rain in yesterday’s Race 1. Vips was clean off the line to hold on to first, fighting off an attack from Jake Hughes, which never looked like sticking. The Brit was then thrust into the path of Leonardo Pulcini, who began to harry the back of him. Meanwhile, Armstrong had started his chase from seventh, getting ahead of Niko Kari and latching on to the rear of Pedro Piquet.

Having waited patiently, Pulcini made his move on Hughes and lunged down the left of him. As the Briton looked to react, he caught the rear tyre of the Hitech racer and sent him skidding into the gravel. Pulcini managed to get going again, but returned at the back of the field, while Hughes dropped to fourth. The stewards deemed it a racing incident, which needed no further action.

This put Armstrong and Piquet into the battle for first, handing the Kiwi an opportunity to claim second in the Championship, having seen his teammate, Daruvala, stall on the formation lap. The Indian had been forced to start from the pitlane and was sat back in 22nd.

Sensing his opportunity, he sliced his way past Pedro Piquet and fired off into the distance. P2 wouldn’t be enough though – the PREMA man needed first, or the fastest lap. With Vips nearly 4s ahead, he opted for the latter and roared around the Sochi Autodrom, Qualifying style, to snatch the extra points. By this point, Daruvala had risen as high as 16th, as he battled to save second in the standings.

Vips continued to flex his muscles out in front, as Shwartzman seized fourth from Hughes to set his sights on ending 2019 with a podium place. He achieved this when Piquet was forced to retire from the race, pulling over onto the tarmac. Second would prove a place to far for the Russian though, as Armstrong and Vips amassed a near 10s lead ahead of him.

The order remained unchanged as they crossed the line, with Vips comfortably claiming a third win of the campaign, ahead of Armstrong in second. Shwartzman completed the podium and was followed by Hughes, Kari and Ye Yifei, who scored his best finish of the year. Richard Verschoor and Liam Lawson completed the top eight.